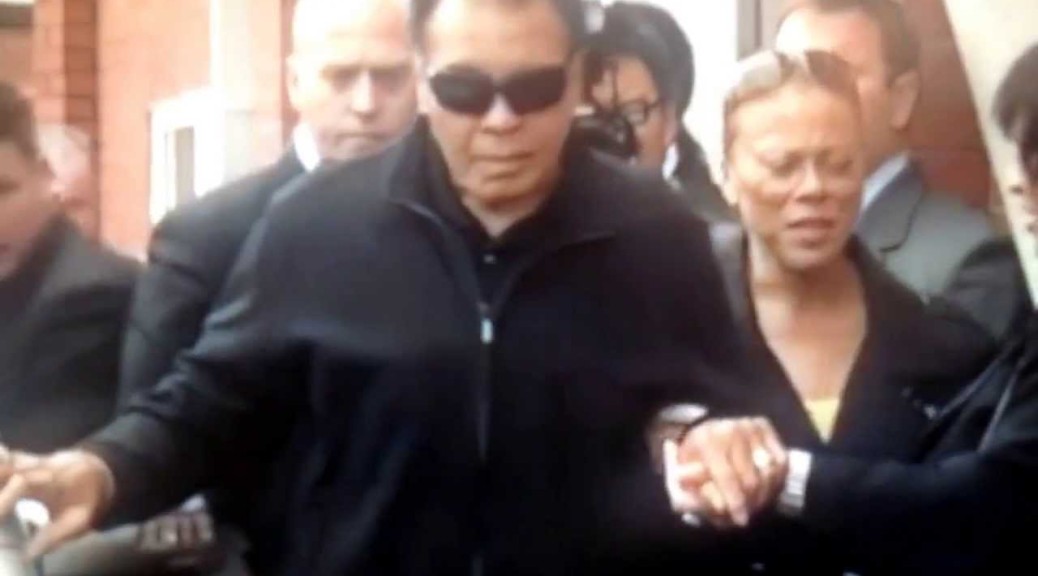 Dedicated to Dr. Peter Moran, a close friend of mine who’s has just been diagnosed with Parkinson’s disease, but he will fight it.

Parkinson’s disease that has affected celebrities such as Muhammad Ali and Michael J Fox even at an early age than usual, was first described in 1817 by the English physician, James Parkinson, who initially called it paralysis agitans. (1) Parkinson described six cases with the disease, having classic symptoms of resting pill rolling tremor, abnormal posture and gait, paralysis and diminished muscle strength, with progression of the disease over time. (2) Later on, other neurologists, most notably Jean-Martin Charcot, the father of modern neurology, in his studies between 1868 and 1881 elaborated further on the understanding of the disease, and made the distinction between rigidity, weakness and bradykinesia, and renamed the disease in the honor of James Parkinson to “Parkinson’s disease” (1) In 1912 Frederic Lewy discovered the “Lewy bodies”, microscopic particles in the brains of these patients and in 1919, Konstantin Tretiakoff, reported that the substantia nigra was the main cerebral structure affected. (1) Levodopa, the main medication treatment for Parkinson’s, that increases the level of dopamine, deficient in the brain of subjects was actually first synthesized in 1911, but was not used in the treatment until 1967.(3)

Over time it was established that Parkinson’s disease is not only a movement disorder, presenting with hand tremors and bradykinesia or slow movement, and rigidity, but it is a progressive brain degenerating disease that ends in the dysfunction of higher cortical functions, leading to depression and dementia as well. This disease is the result of loss of dopamine-generating cells in substantia nigra of midbrain, caused by the accumulation of some proteins called Lewy bodies inside the neurons. (4) But there are many conditions looking like Parkinson’s disease, specially in regard with its movement disorder, that are collectively called “Parkinsonism”. This could be caused by a variety of known and unknown causes, e.g. infections such as AIDS and different encephalitis; toxins e.g. carbon monoxide, carbon disulfide, manganese and mercury; Paraneoplastic syndrome caused by antibodies associated with cancers; drug-induced e.g. antipsychotics and anti-emetics such as metoclopramide; vascular Parkinsonism associated with cardiovascular diseases; and punch drunk syndrome or Boxing Parkinsonism, etc. (5-6)

Parkinson’s disease is considered to be “idiopathic” in contrast with the secondary parkinsonisms that have known causes, which in fact “idiopathic” due to our lack of knowledge about its real etiology. Genetics has a very minute role in Parkinson’s disease, i.e. 5-10%, surprisingly in contrast with other neurological or psychiatric disorders that may carry multi-genetic or epigenetic mode of inheritance, exhibiting a classical Mendelian type of inheritance. Nowadays, six genes, alpha synuclein, LRRK2, VPS35,Parkin, PINK1 and DJ-1, have definitely been associated with an autosomal dominant or recessive mode of inheritance in familial parkinson’s. (7) Lewy bodies the cardinal patho-histological feature of Parkinson’s disease is in fact an eosinophilic cytoplasmic inclusion aggregation of proteins (primarily alpha-synuclein) that in a highly regulated process, displace the dopamine containing neurons. The mere fact of such regulated killing machinery of the neurons of substantia nigra and other regions of the brain could be common sensibly discerned to have been done by actively programmed invasions of sophisticated organisms, that I will detail in the following.

Mood swing is the cardinal clinical feature of bipolar disorder of the present or manic depression of the past. This common disorder of mood swing, has been recognized from the age of antiquity. Hippocrates, the father of medicine, has described the mania, that without it, bipolar disorder or manic depression could not be diagnosed, as a state of high energy and euphoria. He appreciated the importance of the brain to be the site of all these mood changes and not the heart: “Men ought to know that from the brain and from the brain only arrives our pleasures, joys, laughter and jests, as well as our sorrow, pains, grieves and tears…wherefore, I assert, the brain is the interpreter of the consciousness.” (1, 2)

The differentiating fact between the unipolar disorder or depression and bipolar disorder or manic depression, known well in the ancient world, was buried in history until in mid-nineteen century when in 1854, the French psychiatrist, Falret, brought it back to recognition under the term “La folie circulaire”. (3) But it was not until Emil Kraeplin (4) in 1919 popularized the disorder under the term of “manic-depressive insanity” in his historical text-book, elaborating on all his predecessors including Karl Kahlbaum’s concept of “cyclothymia” (5)

Clinically bipolar disorder or manic depression, is characterized by mood swings at different rates and severity, and on that basis is classified to classical or type I, with long cycles of severe elevation and depression of mood, of at least a few months each. Milder form of the disorder or mood swings has been classified as type II, with less severe depressive and high mood (called “hypomania”). Shorter cycles of these mood swings, form days to weeks are classified as rapid cycling and within day, as ultra cycling bipolar disorder or mood swings. The high mood state that could manifest as elation or agitation and aggression, is accompanied with elation in many mood and cortical functions, such as thought racing, pressured speech, self-esteem elevation, high physical and mental energy, shopping spree, risk taking behavior, hypersexuality, less need for sleep, etc. The depressive cycle is similar to unipolar or usual depression with an inversion of almost all the mood and mental states to the low side. It seems that the higher the mood elevation, the more severe the downfall of depression would be, such as the higher risk of suicide in bipolar depression than the unipolar or major depression (26-6% vs. 17.8% suicide attempts) (6).