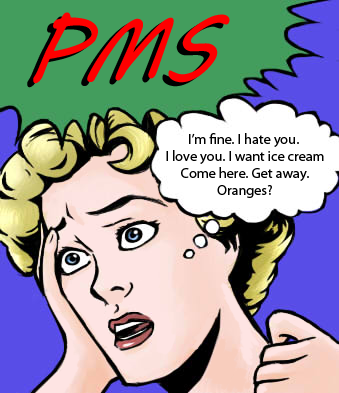 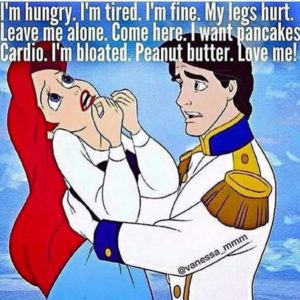 Premenstrual syndrome (PMS) is a combination of physical and emotional symptoms appearing 7-10 days before some (about 20-30%) women’s menstrual period. Symptoms that could vary in severity and types and among women would usually resolve by the start of the period. Common symptoms include bloating, water retention and swelling, feeling tired, irritability, and mood changes. The pathophysiology or mechanism of the symptoms development is due to the monthly ovulation that starts before menstruation and stops at the start of bleeding. (1)

The process of monthly ovulation for reproduction, consists of three ovarian cycles of follicular phase, ovulation and luteal phase; and three uterine cycles of menstruation, proliferative phase, and secretory phase. In the first ovarian cycle of follicular phase, under FSH (Follicular Stimulating Hormone) there is a gradual increase in the secretion of estrogen that stops the menstrual bleeding, thickening the lining of the uterus in its proliferative phase. Then in the luteal phase of ovarian cycle, Luteal hormone (LH) is released by the follicles or corpus luteum to produce an oocyte that only lives for 24 hours or less to be fertilized by sperm, when there will be secretion of large amounts of Progesterone to prepare the uterus for potential implantation or pregnancy. If implantation does not occur within approximately two weeks, the corpus luteum will involute, causing a sharp drop in levels of both progesterone and estrogen. The hormone drop causes the uterus to shed its lining in a process termed menstruation. (1)

PMS in some women, about 3-8% could evolve to Premenstrual Dysphoric Disorder (PMDD) that is a more severe form of PMS with more emotional symptoms, resembling major depression. (1-2) PMS like its subject the female gender has a history of ignorance, degradation and subjugation by the dominant male society, including even the medical discipline. While up to 19th century, it was totally ignored and girls and women alike were accused of faking the symptoms and being all in their heads, later on in the 20th century and still in the 21st century, it has been and it is more a political and social subjects than a medical condition! Women, feminists and even physicians have been blamed for medicalization of PMS, perhaps for some personal gains at the workplace and else or for justification of its treatment. (3-5) Unfortunately and ironically, this medical subject well known to suffering female gender and the primary care physicians, has become a subject of discussion and annihilation even by sociologists and anthropologists that since women are conditioned to expect PMS, therefore they will have it and so it is more hypochondriacal than real! PMS by these groups that some are even women has been misnomered to be a cultural phenomenon that “grows in a positive feedback loop, and thus is a social construction that contributes to learned helplessness or convenient excuse.” and a justification for “rage or sadness”! (5-6)