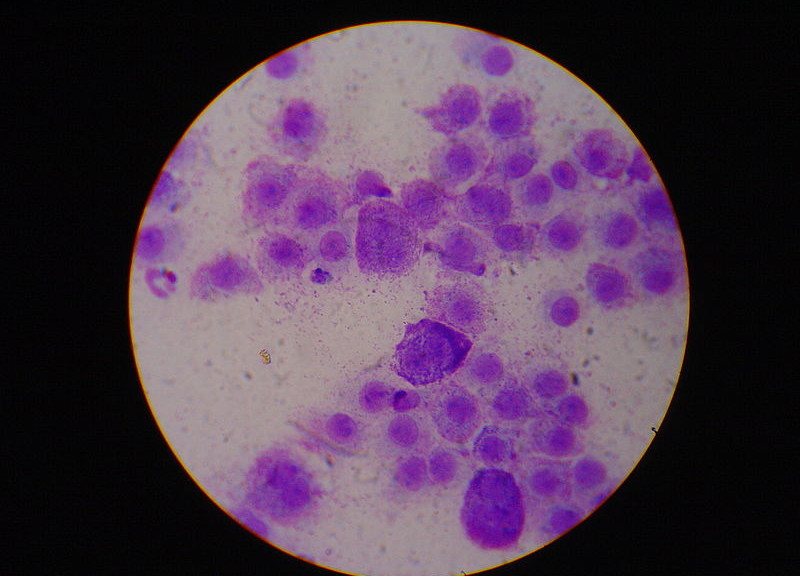 Autoimmune disorders are not any less significant, common or mystery for scientists and a major source of sufferings for millions of people world wide than cancers! Autoimmune disorders span across an exhausting list of human diseases, starting as early as infancy, enduring throughout the rest of human’s life, causing enormous sufferings and loss of lives.

In a better word, the body immune system, e.g. leukocytes secrete antigens against the body, while in the normal health state, they produce antibodies against foreign invaders such as bacterial and viral insults. The big question that has puzzled medical scientists for many years is that why the body’s immune system attacks itself, or is it really attacking itself?! A simple observation at the above autoimmune disorders, reveals that many of them are in fact inflammatory reactions and some truly carry such terms along, e.g. spondylitis, dermatitis, hepatitis, pancreatitis, chronic inflammatory demyelting polyneuropathy, arteritis, fasciitis, gasteroenteritis, glumerulonephritis, encephalitis, thyroditis, myositis, systitis, encephalomyelitis, polyarteritis, polymyositis, cholangitis, progressive inflammatory neuropathy, polychondritis, endocarditis, myelitis, colitis, vasculitis,… Some others are allergic-like reactionary diseases, e.g. Atopic allergy and dermatitis, Contact Dermatitis, Eosinophilic Fasciitis/Gasteroenteritis/Pneumonia,… Also the majority of these disorders are chronic, hidden masked for some time before clinical manifesations.

In fact Human Leukocyte Antigens (HLA’s) are parts of Major Histocompatibility Complex (MHC) antigens that determine the compatibility of organ transplants. In other words, when there is invasion of foreign insults, e.g. viruses, these complex immune system start to work in defense. There are evidence that some of autoimmune disorders are associated with some viral infections. Rheumatoid Arthritis (RA) is suspected to be associated with Herpes virus, e.g. Epstein-Barr Virus (EBV) an Human Herpes Virus 6 (HHV-6). Rheumatic Fever , SBE(Subacute Bacterial Endocarditis), Glumerulonephritis and PANDAS are associated with streptococcal infections among others. Even some autoimmune disorders that on the surface look more like allergic or sensitivity reactions such as coeliac disease with allergy or sensitivity to gluten, has been associated with the rotavirus and intestinal adenovirus infections! Diabetes mellitus type 1 has also been associated with coxsackie B4 virus!

Now the big puzzling questions for decade is why the body immune system in the autoimmune disorders and in case of causation by microorganisms insults, produce antigen and not antibody in defense. This question soon could be answered by the new genetic field of “Infectogenomics” that studies the sophisticated interaction between the host and the microbial or viral insults. To answer the question at least partially, we need to explain the pathophysiology of the process of interaction between the host and the microbial or viral insults. A good example to understand this better, is “Rheumatic Heart Disease” (RHD) that is a chronic autoimmune disorder or complication of the interaction between the affected patient with “Rheumatic Fever” (RF) and the causing bacterial agent, the streptococcus. While the rheumatic fever is an acute reaction to the infection and occurs after a few weeks of bacterial entry to the host, the RHD is a chronic sequel happening years after, resulting from the interaction between the bacteria and the heart valves of the host.

RHD over time is caused by an autoimmune reaction to Group A β-hemolytic streptococci (GAS) that results in valvular damage. Although the pathogenesis of RHD is complex and not fully understood, it is suspected to involve “molecular mimicry”, i.e. sharing the “epitopes” between host antigens and GAS antigens. An epitopes, or antigenic determinant, is the part of an antigen that is recognized by the immune system, e.g. antibodies, B and T cells. The part of an antibody that binds to the epitope is called a “paratope”. In case of RHD and perhaps other autoimmune disorders, the bacterial or viral insults, through molecular mimicry, trick the host immune system to recognize its own tissue as foreign, antigen or eiptope, and the occupying bacteria or virus as the host, antibody or paratope. That is how the immune system produces HLA against its own tissues and causes autoimmune disorders.

Evolution is not only ascending and the survival of the fittest is not only leading to creation of “super-organisms” such as humans. But the micro-organisms who have survived for billion years and were the inception of life on earth, are master of survival not on their own any more but through “host-living”! To survive for long, it is not sufficient for the microorganism to invade the host for a short period of time through an acute or even chronic infection and ends its own life with the end of life of the host! To live long as ever it could be, the microorganism, would pass itself on for generations through causing genetic changes in the host, by creating genetic susceptibility for its very own next host occupation! All the genetic susceptibilities in autoimmune disorders, presenting through Major Histocompatibility Complex (MHC) such as HLA’s and their different alleles are the footprints of original microorganisms host invasion and occupation. Through these genetic impacts, the original microorganisms pave the future paths for their descendants generations to invade and occupy the future generations of hosts. This epic, great for the microorganisms and misery for the hosts, will never end or slow down but will escalate and takes lives of the hosts for the survival of the lowest in the rank of evolution, as the life started with them and will end with them, the last standing survivors!