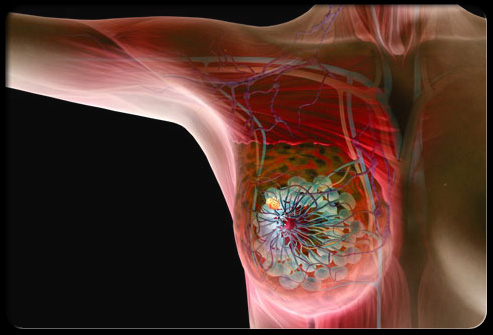 Breast cancer is the most common invasive cancer in women and comprises 22.9% of invasive cancers in women and 16% of all female cancers, making it the most common female cancer. In 2008, breast cancer caused 458,503 deaths worldwide (13.7% of cancer deaths in women and more than deaths related to lung cancer. Despite this staggering statistics and the fact that the incidence of breast cancer is the highest in the more-developed countries, where billions of dollar and huge donation for research activities are spent, the cause(s) of such killer, hence its treatment is a mystery and puzzle even in 21st century.

The number of cases worldwide has significantly increased since the 1970s, but the reasons for such increase has been often wrongly related to some unhealthy lifestyles, e.g. obesity, smoking and drinking alcohol. Thousands of research in the field of oncology have not yet solved this mystery to save lives of many women! But a common sense observation could easily lead us to the facts that breast cancer is strongly related to age with only 5% of all breast cancers occurring in women under 40 years old. Surprisingly like many other cancers (read “A new look at cancers”), genetics and hereditary have minimal roles, as only 5–10% of cases of breast cancers are genetically related and inherited. Breast cancer most commonly develops in cells from the lining of mild ducts and the lobules that supply the ducts with milk that are known as ductal and lobular carcinomas.

Connecting the old age to the fact that breast cancers are principally milk ductal and lobular cancers, one could easily figure out that lack of natural milk production could lead to breast cancer. The high incidence of breast cancer is not only strongly correlated with the increased age, but lack of lactation, pregnancy, and breast feeding. The breast in mammals exist naturally for milk production and survival, hence if such a natural process is not fulfilled, a pathological path would lead to the breast cancer development! In fact the rate of breast cancer has been reported to be higher in never pregnant, breast fed women and lesbians. Moreover as we will read on “Ovarian cancers” and “Endometrial or Uterine cancers”, the rates of all these cancers of reproductive organs are higher in such women populations and related to increase age!

An interesting parallel also seems to exist between women’s reproductive system cancers and men’s reproductive system cancer, e.g. prostate cancers! It is well documented and accepted that prostate cancer is principally correlated with increased age and more recently to lower rate of ejaculation. This fact goes along well with the old age in men as sexual behavior, hence ejaculation decreases by age. Although prostate cancer could be triggered by infections, (like other cancers), specially sexually transmitted diseases (STD) and in men with many sexual partners and careless sexual behaviors, majority of such cancers occur in not such population.    Interestingly and despite genetic factors having minimal link with prostate cancer like breast and ovarian cancer, these all share almost the same genetic mutations, e.g. BRCA 1 & 2! (read more in the upcoming “A new look at the prostate cancers” and “A new look at the ovarian cancers”)

In conclusion, instead of investing so much capitals, time and energy on the treatment of breast cancers and other cancers, when in fact is too late to do much, we need to identify predisposing factors that some depicted in this article and start the prevention. This means that going out of our natural path, it may lead us down the ladder of evolution and not upward! This means that we need to use what the nature has supplied us with, our reproductive organs, such as our breasts for lactation and breastfeeding! In a better and simpler word, we may lose what we may not use!

2 thoughts on “A new look at the Breast Cancers”